Born: 23 May 1881 (village of Genchovtsi, Municipality of Tryavna, District of Gabrovo)

The work of Gencho Petrov Marangozov has aroused interest ever since the early 20th century. His contemporaries published information about him and his work in Tryavna, Turnovo and Sofia1Kozarov 1901; Kozarov 1901а; Nova tsarkva 1909; Shmid 1909; Chushkov 1928.. He has been cited as one of the last representative of Tryavna Woodcarving School who attempted at the same time to adhere to the contemporary tendencies in church wood-carving2Drumev 1982: 193.. The attention of the art historians has been focused mainly on the work of the wood-carver at the Church of the Saints Cyril and Methodius in Sofia3Vasiliev 1952: 263; Drumev, Vasiliev 1955: 11; Drumev 1962: 183-189; Vasiliev 1965: 123-124; Drumev 1982: 193; Entsiklopediya 1987: 34-35; Angelov 1985: 12; Angelov 1986: 159; Angelov 1988: 31-32; Angelov 1998: 26; Angelov 2015: 24.. Most often it is stated that among his works is the iconostasis, while the fact that he made the entire woodwork of the church is ignored. His work in the Church of St. Nicholas of Sofia the New has also been commented in passing. The art studies do not pay sufficient attention to the existing documentary sources that clarify the stages of performance of the wood-carving works in the churches of the Saints Cyril and Methodius and of St. Nicholas of Sofia the New4Part of documentary evidence of the work of Gencho Marangozov in the two churches in Sofia were commented by H. Jemelski and S. Tabakov. See Temelski 2000: 70-71; Tabakov 2009: 70-73., their donors, the team Gencho Marangozov worked with as well as the payment he received for his work.

It is not clear when the woodcarver settled in Sofia. According to some researchers in 1905 he took part in the making of pieces of furniture for the exhibition in Liège14Vasiliev 1965: 124; Entsiklopediya 1987: 34; Ninova 2004: 142.. However, D. Drumev thinks that the woodcarver moved to Sofia in the period 1906–190715Drumev 1962: 183., while A. Vasiliev claims that it was not until 1908 when he started to work on the iconostasis in Church of the Saints Cyril and Methodius that he actually moved there16Vasiliev 1965: 124.. Most likely the woodcarver settled in Sofia sometime in the period between 1900 and 1905 as suggested by А. Roshkovska17Specialized Museum of the Art of Woodcarving and Icon-Painting – Tryavna, Oist No. 524, p. 6.. In the first decade of the 20th century Gencho Marangozov also resided for a while in Veliko Turnovo. This is attested by the Russian ambassador Theodor Schmidt who met the woodcarver in Turnovo about 1908–190918Scmid 1909: 424. . This information is also confirmed by a letter sent from the Sofia police to the board of trustees of the Church of the Saints Cyril and Methodius which mentions that in 1910 the woodcarver of Tryavna was in Turnovo19DA – Sofia, f. 1146k, inv. 2, a.u. 3, p. 51..

Gencho Marangozov’s contemporaries described him as an experienced woodcarver who became famous shortly after he opened his own workshop in Tryavna. Here is what G. Kozarov wrote about him: “He is a young, nice agile lad; I found him at his workshop where he made doors commissioned for the iconostasis of a village church in the district of Kesarevo. I could not stop wondering at his skill and dexterity. He had never gone to any academy of sculpture he worked with his chisel as a gifted sculptor. The royal doors he was working were a real masterpiece. Everything he did came out of his imagination: he did himself the sketches, he caved them on his own. The rosette in the middle of the doors, the dragon encircling the upper part of the door wings as well as the numerous flowers that filled the empty spaces spoke of the talent of the master and of his skill to command the forms characteristic of the Bulgarian ornaments.”29Kozarov 1901: 68.

After he settled in Sofia it seems that he quickly gained popularity among the residents of Sofia. This is attested by a protocol in the book of the board of trustees of the Church of the Saints Cyril and Methodius30DA – Sofia, f. 1146к, inv. 1, a.u. 1, p. 17., where he is noted as the “famous woodcarving master Gencho Marangozov.” For his work on the woodcarving pieces in the same church he was awarded the Public Service Medal31The Public Service Medal was established on 2 August 1891 by Prince Ferdinand I with the intention to honor public servants, public figures, ministers, high-ranking clerics, diplomats, doctors, artists, journalists, etc. See Denkov 2001: 60-82; Pavlov 2015: 146-205. in 190932Vasiliev 1965: 124; Entsiklopediya 1987: 34; Angelov 1988: 32; Angelov 1992: 75.. Nevertheless Ivan N. Kasev who worked with the woodcarver wrote to A. Vasiliev that G. Marangozov “lives in poverty in the outskirts of the city”33Vasiliev 1965: 124; Vasilchina 1989: 41..

In the literature it is noted that the woodcarver had no students34Chushkov 1928: 265.. However, according to another opinion the woodcarvers Vlado Stoilov and Nisim Haim Sadchi studied with him35Vasiliev 1965: 124..

In the art historical literature has not been made clear when the iconostasis was carved. It is asserted that Gencho Marangozov submitted projects for an iconostasis, a pulpit and a bishop’s throne in 1908 and that he made them in 191139Angelov 1985: 12.. Most often the iconostasis is dated 190840Vasiliev 1952: 263; Drumev 1962: 184; Vasiliev 1965: 124; Drumev 1982: 193; Angelov 1986: 159; Angelov 1988: 31; Angelov 1998: 26.. It has also been erroneously claimed that Gencho Marangozov participated in the competition to make the woodcarving decoration of the church announced in 1908. The preserved documentary evidence shows that the competition was announced as early as in May 190741Tabakov 2009: 40. when the construction works for the church’s building were completed42According to the most recent studies the construction of the Church of the Saints Cyril and Methodius began in 1892 and ended in 1907. See Tabakov 2009: 15-36; Yontcheva 2020: 198. Some publications state the year 1897 as the year when construction started. See Varbanova, Lostova-Topalova, Petrova, Ivanov 2020: 19.. Initially, three woodcarvers took part in the competition. The woodcarver Ivan Yonkov offered to make the church furniture in one year for a price of 28,000 Bulgarian leva; Filip Ivanov offered two projects, one for a price of 25,000 Bulgarian leva, and the other for a price of 40,000 Bulgarian leva; Nestor Aleksiev offered a project for a period of 4 years at a price of 40,000 Bulgarian leva. Their bids were rejected by the then Bishop of Sofia Parteniy43Tabakov 2009: 40-41..

Different sources show that the completion of the iconostasis caused a strong reaction among the residents of Sofia. Just a couple of days after it was installed a brief chronicle about the church was published in Vechena Poshta [Evening Post] newspaper. The chronicle explicitly noted the work of Gencho Marangozov who made “an iconostasis of remarkable richness… in an old-fashioned woodcarving style”54Nova tsarkva 1909: 2.. Gencho Marangozov himself recalled the praise for the work of the Tryavna woodcarvers in a letter to the church’s board of trustees in which he wrote: “You are well aware of the great dexterity I have employed to do the work commissioned by you, and namely: to make the iconostasis and the bishop’s throne, and also of the numerous praises from everywhere, even from His Majesty the King.”55DA – Sofia, f. 1146k, inv. 2, a.u 1, p. 16. 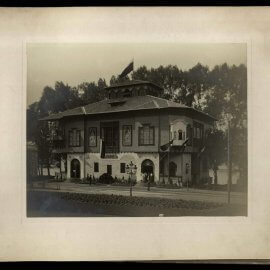 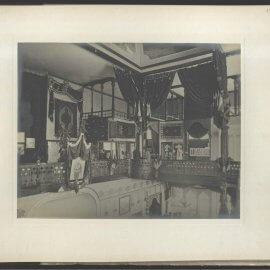 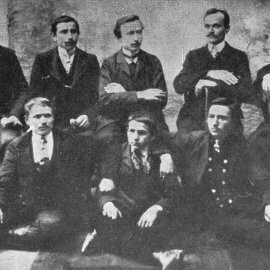 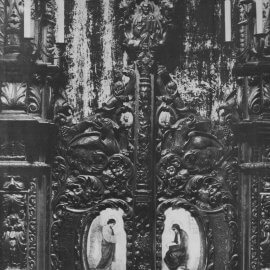 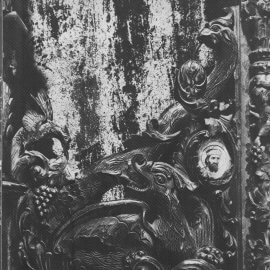 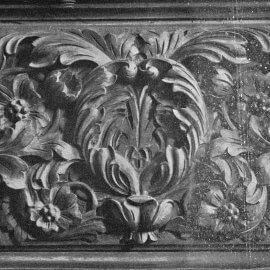 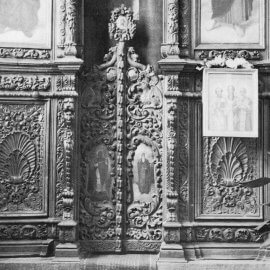 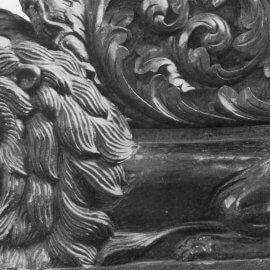 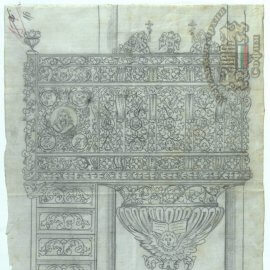